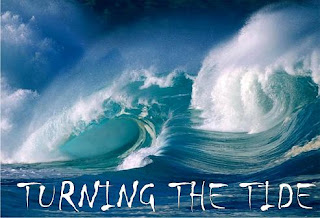 A MESSAGE FROM DR. GABRIEL COUSENS!
Dear Friends,
I am writing to tell you about an opportunity to turn the tide in the battle to secure authentic freedom for organic farming and non-Generically Modified Organisms (GMO) foods.

For some time now, we have been aware of an impending threat to the foundations of our health. Having stopped a mandated swine flu vaccine, and having addressed, to the best of our ability, the Dietary Supplement Safety Act of 2010, it is time for us to nip Bill S 510, or the FDA Food Safety Modernization Act, in the proverbial bud. Bill S 510 is currently stalled in Congress. If we act now, we can ameliorate its potentially deadly implications, or even end it altogether.

Bill S 510 amends the Federal Food, Drug, and Cosmetic Act (FFDCA) and expands the authority of the Secretary of Health and Human Services to regulate food. It also authorizes the Secretary to suspend the registration of a food facility. Given the fact that Bill S 510 “considers” harmonization with Codex Alimentarius, this appears to be a strategic maneuver, in a long line of attacks, on our health and rights. While its alleged intention is to protect the consumer, this legislature sets up the preconditions that will eventually grant the CAC (Codex Alimentarius Committee) power to shut down organic farming operations and eliminate food facilities not “in line” with the Codex agenda. It could also grant monopolization of the food market by large agri-business corporations seeking to spread GMO foods and eliminate industrial and private organic farming. Codex supporters have already tried this once in Canada and in the U.S.; this is their second attempt, and we must defeat their efforts! Bill S 510 gives one man, the Secretary of Health and Human Services, complete power over inspection and recalls, potentially enabling market manipulation in favor of pesticide, herbicide, and GMO producing agri-businesses. Keep in mind that this Secretary is appointed by the President – he is not elected by popular vote. Who is appointed could be largely determined by campaign contributions, or worse, by ideological agenda.

Bill S 510 requires the Secretary, acting through the Director of the Centers for Disease Control and Prevention (CDC), to enhance foodborne illness surveillance systems. It authorizes the Secretary to order an immediate cessation of distribution, or a recall of food. This is another potential manipulation point. The Secretary has the power to halt food shipments, deemed a “health risk” to anywhere in the United States. This is perhaps the most disturbing provision in the bill. Given the fact that food production has been largely segregated to the west coast, over the last fifty years, and the scarcity of local farms producing organic crops, it would be precariously easy for the federal government to starve any given locality across the country. Organic foods, again, could be arbitrarily targeted here.

Bill S 510 allows the Secretary greater power to regulate importation of food, which could include superfoods and herbs from outside of the United States. Cacao beans, goji berries, Incan berries, coconut products, and exotic fruit would all be subject to further government regulation through the Environmental Protection Agency (EPA). Under this provision the government would have the power to ban importation of these foods into the United States to the benefit of the pharmaceutical industry.

Summarily speaking, the FDA Food Safety Modernization Act, on a superficial level, is not explicitly antagonistic towards organic agriculture, nor is it explicitly supportive of conventional agriculture and GMO foods. However, given the government’s track record in subsidizing conventional farming, and given the conflict of interests ever present within the FDA and other government agencies, centralization of power into the office of the Secretary of Health and Human Services over food facilities seems like a serious disaster for the health oriented American population. Bill S 510 is an insidious threat to our health freedoms. While improvements in the bill’s languaging have been made, Bill S 510 is still, as we say in chess, “five moves away” from agricultural tyranny.

I am writing to express my concern over Senate Bill 510 – the FDA Food Safety Modernization Act. While inspection of food production facilities may be necessary to ensure cleanliness, this bill dangerously centralizes power over food production into the hands of a single appointed official. Bill S 510 also “considers” harmonization with Codex Alimentarius, which I do not believe has America’s best interest at heart. We should never even “consider” giving up our sovereignty to the recommendations of the CAC, which has already begun limiting and manipulating the European supplement market. The answer to our environmental and food safety issues lies clearly in the de-centralization of food production and the re-institution of local family farms, communal gardens, and community supported agriculture.

I urge you as my elected official to include explicit provisions in Senate Bill 510 for the protection of organic and local farms from this type of heavy-handed regulation, and for the explicit rejection of Codex Alimentarius, which stands blatantly against the organic food and health supplements I consider invaluable to my health. Without health, we cannot have life, liberty, or the pursuit of happiness.

To combat this threat, and others like it, Hippocrates Health Institute has initiated the POP (Preserve Organic Power) Campaign. The POP Campaign seeks to preserve long range organic power by keeping our voices and choices alive; keeping organic standards pure; keeping people informed and educated; and by taking action to make a difference. As part of this campaign, POP will hire a lobbyist to work on our behalf in Washington, D.C. The Tree of Life Foundation has already made a contribution to this effort. We encourage you to do the same and that you for any contribution that you can make.

To donate to the Hippocrates Codex Donation Fund please send a check or money order to:

You may learn more about the POP Campaign by visiting: http://www.popcampaign.org/
Posted by Maria Rippo at 4:49 PM No comments:

I was recently at a training for an awesome product called Ultima Replenisher. If you are looking for an electrolyte drink that is actually good for you, look no further. You can find Ultima at Super Supplements and most other health food stores in the US. As I was trained about this product I learned that there is an ingredient we might all want to know more about. It's maltodextrin. I love ingredient labels that do not contain these types of ingredients b/c I can't keep them all straight!! Well, if you see this one just know that 99% of it comes from GMO corn. I wish they had to reveal this to us, but the only way we would know that it is not from GMO corn is if the label actually states this. GMO foods are some that I steer clear of but I did not realize that this ingredient comes from corn. I thought I'd share this with you in case you were unaware as well. It turns out that Ultima is GMO, gluten and sugar FREE!!

It's an awesome drink to give to your kids instead of a juice box! It will give them their electrolytes and it tastes great too:)

I taught a green smoothie class for kids today. They were very skeptical at first. I made the class very interactive and fun and by the end they were begging me to "make it greener." I thought I'd share these two short videos of thier chanting! Most of them came begging for more smoothie at the end!! 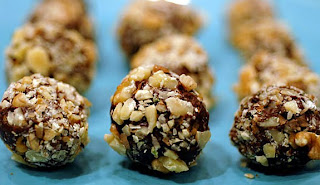 Are you ready for some amazing raw food recipes? Well, look no further, this Web site is full of delicious and simple raw-food indulgences!

Check out Elana's Pantry here.
Posted by Maria Rippo at 8:59 PM No comments:

Start With a Win

I recently heard a success speaker say that the number one thing you can do ensure that you will be more successful at whatever you are attempting to accomplish is to begin each day with a win. What does this mean? It can mean many different things to many different people. For instance, if you are a person that doesn't make your bed regularly, it could simply mean that you make your bed as soon as you get out of it.

Just set out to start your day with a win. The thing I like to use as my win is getting up early, reading and praying and making my to-do list for the day. I also like to get my exercising done before I do much else. Speaking of that...I better go for my run before the clock strikes 9 am!

If you think about it, let's say you have a habit of saying you'll do something "tomorrow" and then not following through. Well, stop that!:) You begin each day failing this way. That will not accomplish much or serve you in any positive way, so really, just stop that. Only agree to do things you know you WILL do. So, when you go to bed, tell yourself what you will do first thing when you wake up. Make sure it's something you really will do and then wake up and do it!